In 1957, there was a Japanese manufacturer that wanted to break into the American automotive market with a small economy car and one Land Cruiser. They had a plan to match and exceed the American expectations on reliability and efficiency. After rapid growth in the 1970s and 1980s, Toyota made the commitment in 1994 to produce a larger sedan to match American’s appetite for affordable luxury and ride comfort, replacing the lack-luster Cressida. Thus, the Avalon was born, and I bought a 2003 second-generation Avalon because it was that much better than a Buick. 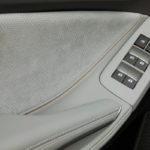 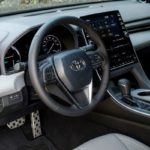 Toyota also planned to use its robust Synergy Drive Hybrid system in all its models and now offer the next step in hybrids instead of all-electric models. The 2020 Avalon Hydrid is a second-generation hybrid model that comes in some strange flavors. Toyota starts with an XLE (no LE), Limited, or a blackened XSE. For real incongruences, they now produce a TRD version as well. Our test model was the blacked out Avalon XSE Hybrid with all the options.

After hundreds of miles, I have remembered why I bought an Avalon. Better than all previous generations, Avalon is a big sedan with a very substantial feel and compliant ride that soaks up the pavement. Toyota has dialed in the handling, reducing any excess of body roll, especially for a car that weighs 3,671 lbs.- batteries included. The Avalon Hybrid drives with better characteristics than most luxury sedans costing twice the price. My review of the $100,000+ 2020 Lexus LC500 sedan would prove this conclusion true, even though the Lexus comes with a sophisticated adjustable suspension.

The 18” wheels and lower-profile tires (P235/45R18) do not deteriorate the ride, and the steering is precise for a larger car. The electronically-controlled power-assisted rack-and-pinion steering system is weighted just right and can adjust the assist with the various driver selected drive modes. These include Eco, Normal, Sport, and finally, EV mode that runs the car on electric power only.

In journalist’s language, this car drives smaller than its size. Avalon can be driven on city streets and tight parking lots with little effort. It can traverse through mountain passes and fly down long highways with equal control. People that like larger sedans are not always looking for sports cars with four-doors and a large trunk. Fortunately, modern larger cars are no longer floating barges, and Avalon is one of the best in this category

The Synergy Hybrid-2 System uses a 176 hp 2.5-Liter Dynamic Force 4-cylinder engine. Toyota utilizes a (D-4S) Dual Injection system, which combines direct-injection and intake-injection to gain power, efficiency, and cleaner intake valves. The engine kicks in and out smoothly when needed for more acceleration or more charging for the battery. Toyota recommends regular 87-octane to achieve an excellent emission certification of SULEV30.

The permanent magnet motor (AC 650V) puts out 118 hp (88 kW), which, combined with the gas engine, gets this sedan down the road quickly. With the high capacity sealed Nickel-Metal Hydride (Ni-MH) battery pack, there is plenty of electric power for EV driving through neighborhoods. By the time I returned from my office and got off the highway and headed home, I was able to run in all-electric EV mode through my community traffic and neighborhood for several miles. Toyota’s 2nd Generation Synergy Hybrid System operates closer to a plug-in electric vehicle than most other hybrids currently on the road.

Impressively, the Avalon Hybrid is rated with an EPA fuel economy (city/highway/combined MPG) of 43/44/44 (XLE) and 43/43/43 (XSE, Limited). I was able to achieve 43 mpg without trying very hard, in half city and half highway routes. I am also impressed with the revised Toyota Electronically controlled Continuously Variable Transmission (ECVT). It has a sequential shift mode, which responds more like a traditional automatic than a rubbery CVT.

The XSE is attempting to dress the part of a sporty sedan, but actually, all the extra trim is creating a lower drag coefficient. The piano black front grille with a sport mesh insert is hiding an active grille shutter for better aerodynamics. There are additional front tangential vents, and some are active. Even though the black rear spoiler does add an attractive touch, Avalon is not a sports sedan. Consequently, the only more over-the-top model than the XSE is the incongruent TRD (non-hybrid only).

Standard equipment XSE list is long with smoked-chrome LED reflector headlamps and LED DRL lights, which creates a more stylish frontend than the Lexus ES or LS. The headlights also switch from low to high beam automatically. The full complement of safety features is standard across the Toyota model lineup, namely the Toyota Safety Sense P (TSS-P). It may seem like a familiar list for every modern car these days, but not every manufacturer includes all the following: Pre-Collision System with Pedestrian Detection, Lane Departure Alert with Steering Assist, and a dynamic radar cruise control. Toyota also includes a Blind Spot Monitor and a Rear Cross-Traffic Alert.

The cabin is quiet and refined for a car in the $40K price range. The real aluminum trim and leatherette material flow well across the dash and around the leather seats, armrests, and soft headliner materials. The roofline has been lowered but after one gets in, the front and back seat bolsters are supportive and comfortable for five average-sized persons with plenty of leg and headroom. The sound insolation is excellent, and the road noise is almost undetectable. Engine noise does protrude into the cabin under hard acceleration.

The 9-inch digital touchscreen display sits in a prominent and easy to read position at the top of the center console. The Toyota interface is far less complicated than the Lexus touchpad and allows the passenger to participate! The infotainment system also receives Apple CarPlay and has Android Auto as an option. The ambient lighting in the cup holders, console, doors, are nice touches. A wireless IQ phone charger is included in the upper models.

Another feature (Hybrid Limited) includes a 10-inch color Heads-Up Display (HUD) that can be customized. This can display helpful information such as a speedometer and navigation readout. Drivers can also add TSS-P indicators, audio, phone, outside temperature, and hybrid system operations. Toyota’s luxury amenities are highlighted in their simplicity of use and the added assistance to the driving experience.

Intuitive controls, excellent handling and ride, and great fuel economy make the 2020 Toyota Avalon Hybrid a top pick for Consumer Reports© [April 2020] and for me in the large sedan category. I would consider the Avalon Hybrid as a next sedan purchase- in the Limited trim- which suits my taste.