A Special Tribute to Alex Xydias 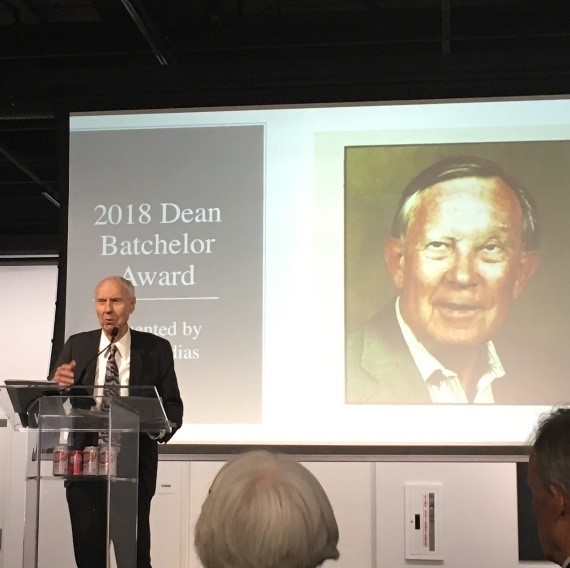 Alex Xydias will celebrate his 97th year on this planet March 22, 2019 and I’m thankful I had the opportunity to hear him in person telling us a brief part of his life.

To me it was like meeting Edison or Wm. Mullholland, because people who make a difference are rare birds. Alex made a difference in the rich history of the auto industry and it was exciting to hear his story. Surely the great ones are all defined, not by who they were, but rather what they did that made a significant impact on the future.

Alex talked about his colorful life working with lifelong friend Dean Batchelor, for which the nights Automotive Industry award was named.

He talked about his experiences back to WWII where he was a radioman in a B17 Bomber Squadron, and after the war how he got deeply involved in his speed shop and racing.

I thought, had I not been called to serve on the MPG Board of Directors, I would have missed this opportunity to hear Alex speak. He made a difference and I could relate.

Perhaps I was captivated by his talk because we shared something in common. I too was a radioman but in a Naval Air Anti-Submarine Squadron in the Pacific. Morse Code was the common thread for radiomen that needs no explanation between each other. It was in our blood and is a language of antiquity spoken by many in Alex’s day, but foreign today. Alex knows what I mean. I didn’t have to imagine the impact that his military experience made on his life.

Another image that I can relate to is his Hot Rod background and his car was on the cover years before mine was. 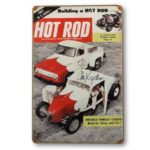 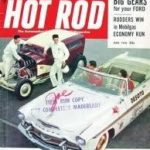 Alex told us about many of his contemporaries and that was a long list of “Who’s Who” in the Auto industry. Amazing. But timing has a lot to do with it and the times were ripe for bumping into movers and shakers in Racing. Coming out of WWII the ‘can do’ attitude of veterans made them anxious to dive in and get ‘er done. These guys were at the forefront of not only breaking records, they were making the records that they would eventually break. Salt flat speed records were set by Alex and friends and they were the first to do over 200 mph in a car.

In my journalism journey I had the opportunity to tell the story of Boyd Coddington, another automotive giant and a life of note. That story can be seen at the link below.

I doubt I would ever have the same opportunity to interview Alex because he is already 97 years old. I’d love to, however, because I want to know more about him. I’m sure his story has been told many times already, but there is nothing like hearing it from him. Listening to the man at the awards banquet, I felt I needed to research and remember Alex to others, so they may also have an interest in such a rich historical figure.

When you look at images of his life and read about this amazing guy you can picture an amazing world that he loved. Google Alex Xydias and you too will be fascinated with more of the man and his life’s work. 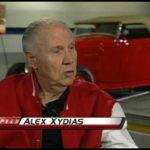 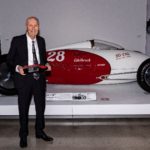 Today we face a changing world where history means little because the youth of today don’t know what drives people like Alex. Common folks like Alex knew honor and duty and that is what set the stage for the rest of the play of his life. Those American’s understood so well the last paragraph of the Declaration of Independence. “And for the support of this Declaration, with a firm reliance on the protection of divine Providence, we mutually pledge to each other our Lives, our Fortunes and our sacred Honor.”

I think it is clear guys like Alex are a dying breed and I salute him. I thank him for his service and for his great contribution to the Auto Industry. Truly, Alex Xydias made a difference.